This is for you, wherever you are.

They say slow dancing is a vertical expression of an horizontal intention. I guess no truer thing has been said,  and two of my go-to songs (for slow dancing off course!!!) happen to be from R.E.M.

Strange Currencies, taken off the album Monster, was released in 1995. The official music video features Samantha Mathis who was River Phoenix’s girlfriend (and was present) at the time of his death in the Viper Room.

E-Bow The Letter, taken off the album New Adventures In Hi-Fi, was released 1996. The song features backing vocals by Patti Smith, the Godmother of Punk. Lead singer Michael Stipe acknowledges Patti as a great source of inspiration.

I get that a lot of people are really angry with/at America. But not me; not on most days. I reserve total disdain for Saudi Arabia only.

But how can you not love this? This is the real deal.

For the first Monday in a while, I feel great. No hangover, and I went through a whole day at work without itching to wrap my hands around any of my Planning colleagues’ neck.

So it’s back to writing about what I love more than a whole lot of other things. Here’s two icons of the music world who are still alive and kicking, one through mostly clean living (surprisingly rock stars do that?) and one surprisingly through raising hell. 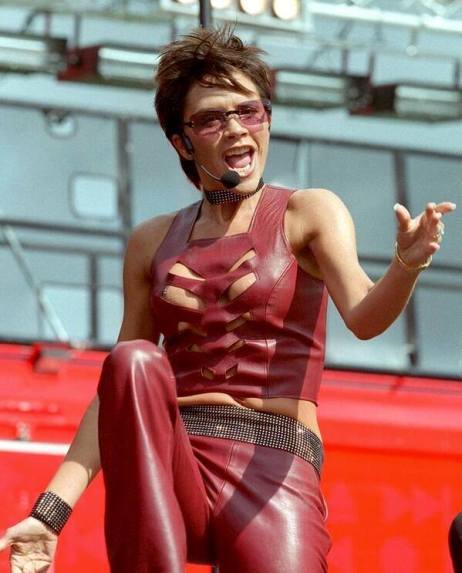 Vocalist Harry Rodger Webb, otherwise known as Cliff Richard (that’s Sir, to you) is 75 years old. After selling 250 million records and a career spanning 50 years, he’s still rocking. But he’s also still single and living a clean life hanging out between homes in Barbados and Portugal. 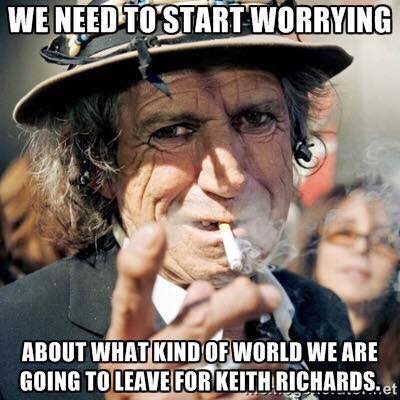 Guitarist Keith Richards on the other hand who survived  5 drug-related charges in the 60’s and 70’s, falling out of a coconut tree in 2006 (on his head), is now 71. And no doubt he’s still leading the rock star life, hanging out between Weston, Connecticut and a private island in Turks & Caicos.

Being about a quarter century away from reaching this age group, there’s a few things I can aspire to. From Cliff, I’ll take being single and healthy… and looking Posh. From Keith I’ll take the hard living… and an island of my own.

Right now I’m still nursing the big daddy of all hangovers. It seems to be a regular thing lately; this time every week.

Weekends are so good to me. But Mondays are such a bitch. Don’t know why I still do it. Moth to a flame and all that.

But I’m still alive… Until next week that is. Have a great one.

Is something wrong she said
Of course there is
You’re still alive she said
Oh do I deserve to be?
Is that the question?
And if so, if so
Who answers, who answers?

Man, this Highveld heat wave is torture. If this is any portent of what to expect this summer, I’m packing my bags for Oymyakon.

Time to shake the dust off an oldish record: Queens of the Stone Age. And oh, if you’re planning to take any of these substances over the weekend, stay off the goddamned roads. Have a good one…

Last week passed by as usual. The cataclysmic end of the world as predicted by the snake-oil salesmen was a no-show, as usual.

Recorded predictions for the end of the world from as far back as 66-70 CE by Simon bar Giora of the Essene Sect, to Chris McCann of the eBible Fellowship have come to nought. And it will continue to do so…

Some nitwit such as Vladimir Putin or Kim Jong-un contrive to start or cause a nuclear war or something equally stupid to cause monumental devastation of the earth. Still, some organisms may survive even that. Otherwise, we’re ended for a natural end probably involving the sun swallowing the earth. Don’t bet on being around to see it though.

But enough about end times. This is the only sort of end that I’m into right now – The Jim Morrison kind. Enjoy. It’s long; about as long as this list of useless predictions for the the end of the world: End Of the World Predictions.

I know some of you think cover versions of songs are a sacrilege. I don’t. I’ve admitted to liking one so much, I think it could challenge the original, namely Pink’s Bohemian Rhapsody (and some might consider me insane for thinking so).

No doubt there are bad covers, but there have been many good ones over the years. This cover of Cypress Hill’s Insane in the Membrane might not please many a purist; indeed it might please no one, but I’m just mad over it. I give you Richard Cheese: 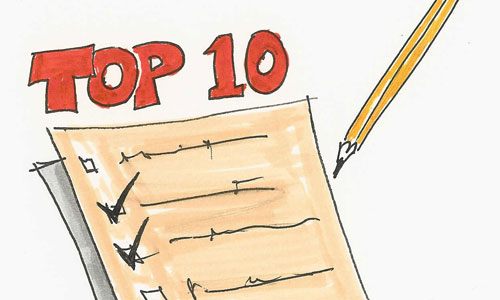 While it was tough listing my top 10 singles, putting together the top 10 albums was less so, although still quite a challenge.

So what makes a great album? I suppose everyone has their own criteria, and a lot of those would be common for many different people. For me, the criteria is pretty simple: it would have to move me so profoundly, that I would never tire of listening to it again and again, over an extended period of time – preferably as long as I still breathe. And, although I find it appealing, album art is not a factor.

It would have been easy to just choose Compilations or Greatest Hits, or even Soundtracks, but I decided I’m having none of that. So here they are in order:

* I was conflicted selecting this Pink Floyd album. I could just as easily replace it with The Final Cut from 1983.

And so we get to 10 albums that didn’t quite make the final cut. In no particular order:

While I strongly support freedom of expression, I won’t condone abusing someone or their work to further a cause or argument without their explicit consent. Further, it would be just plain dishonest to present the person or their work in a manner not congruent with their known beliefs. Yet, it happens all the time.

There were two incidences this week in the USA where music was abused by bigoted people to highlight their bigoted causes.

Frankie Sullivan, guitarist and songwriter had every right to be outraged when his song Eye of the Tiger written for Survivor was played at a sympathy rally supported by presidential candidate Mike Huckabee, when Kim Davis was released from a Kentucky jail. Kim, a born-again Christian, was tossed in jail by U.S. District Judge David Bunning for refusing to issue marriage licenses to same-sex couples.

Sullivan had previously filed suit against Republican candidate Newt Gingrich who had used the song during his campaign.

In the second incident, Donald Trump used R.E.M.’s song It’s the End of the World As We Know It (And I Feel Fine) at a Republican rally in the Capitol. Needless to say R.E.M. were not amused and released a statement on Facebook condemning the abuse of their music.

It is being reported on Salon that band member Mike Mills released a further statement from lead singer Michael Stipe which was much more explicit:

Go fuck yourselves, the lot of you–you sad, attention grabbing, power-hungry little men. Do not use our music or my voice for your moronic charade of a campaign.

Neil Young and the Dropkick Murphys have also expressed anger over the use of their songs by Donald Trump.

Surely there are many artists whose outlook on life might lend itself to prejudice, who would not mind their songs being used by bigots like Trump and Davis? How hard can it be it be for bigots to find them?