I stumbled across this YouTube video earlier today of Stephen Fry being interviewed on Big Think. The title “The Importance of Unbelief” left me pondering whether there is a difference or distinction between Unbelief and Non Belief, and whether it really matters in the larger scheme of things.

On the surface it appears that any distinction between Unbelief and Non Belief is merely semantic, but the antagonism towards New Age Atheism in recent years made very public by the Internets, seems to indicate that the difference is worth investigating, or acknowledging at the very least.

Now, I’m no philosopher or epistemologist or linguist even, but I have unwittingly placed myself in the centre of this apparent wrangle simply because I have chosen to label myself as an Atheist these many years. It used to be that being an atheist was pretty straightforward, but like with so many other things, the modern world contrives to complicate everything. Where once it was grudgingly accepted that there were shades of grey, it seems there is now shaded shades of grey.

In the quest for answers, I tried to follow this debate Does “Atheism” mean “unbelief or lack of belief in God” or “there is no God” ?, and I confess to being more bewildered than ever.

From what I can gather, Unbelief is closely associated with agnosticism, which is harshly regarded as the fence-sitter position. Non belief on the other hand seems to indicate a positive position which is more assertive and based on either certain knowledge, or rejection of asserted knowledge. I do admit that this I have adopted the latter position, not on the basis of certain knowledge, but on the rejection of positions asserted by those who do claim to have such.

But is the rejection of asserted knowledge enough to formulate a belief? Do I now also have to assume the burden of proof? But proof of what since the whole God concept is not clearly defined?

See, here I was thinking that atheism had simplified my life immeasurably, but actually thinking more deeply has opened up a whole new complication. But I guess such is the bane of introspection.

Does this mean that I will go back to believing because it is much easier? Hell no! 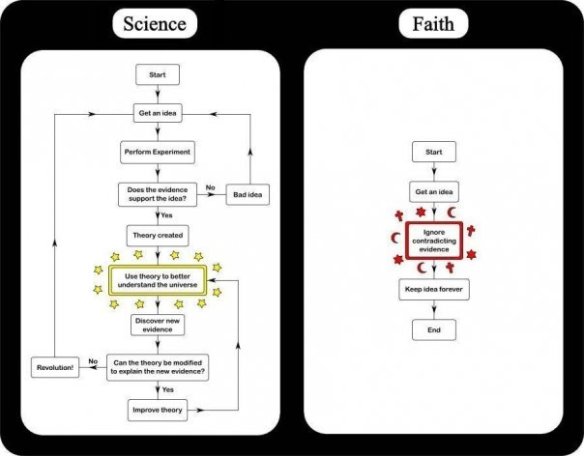 I spent some time last night going through a manuscript on atheism and unbelief, sent to me by a work colleague. Reading through it reminded me of my own personal journey from credulity to skepticism.

I could see the same mistakes in the manuscript that I had made when I first ventured out into the world of unbelief, trying to make sense of this bewildering, yet deliciously liberated frame of mind… no being. It was like deja vu.

I remember grabbing eagerly at any book I could find, any resource that would explain this new world to me. And most of the time I was led astray by utter nonsense. Believe me, there is a lot of it out there. From the cunningly sublime, to the outrageously ridiculous. There’s all kinds – from conspiracy theorists to pushers of woo of every hue.

It is amazingly easy to be lulled into accepting bullshit, because it is comforting. Yes, bullshit is comforting. Which is probably why the world is full of it. Generally people want to be comforted. Who can blame them? Being or feeling challenged is not a natural desire.

This is for my colleague. I hope you are reading this. DO NOT ACCEPT ANYTHING YOU READ OR HEAR. EVEN YOUR EYES MAY DECEIVE YOU. DOUBT IS YOUR BEST FRIEND…