It’s election year in South Africa, and the polling date of 07 May has just been announced. Which means that electioneering by the opposing political parties and their henchmen kicks into overdrive. Meanwhile…

There has been a remarkable upsurge in violent protests by residents of various towns over poor to zero service delivery. You know, the simple stuff like running water, the winning party promised in the last elections but either failed to deliver for one or more reasons, or couldn’t be bothered to.

We could speculate why the government did not deliver on these services, but there is ample reason to believe (from massive evidence) that it is a direct result of corruption, nepotism and downright incompetence.

But wait for the response of the government cronies… A Third Force is involved. Yes, a Third Fucking Force. They would have us believe that the protests are not about service delivery, but that a sinister force is stoking the flames of protest and instigating people to demonstrate violently and provoking anger and resentment towards the ruling government. They don’t actually say that certain opposition parties are responsible, but they’re not exactly telling you it’s aliens from Planet X, either. The implied accusation is plain to see.

That’s pretty lame and unimaginative coming from the current government. The previous apartheid regime used the very same scare tactic to entrench apartheid, then the ANC resurrected it over recent years, only to breathe new life into it just as we enter the final straight to elections. Through nearly 20 years of being in power they just couldn’t think of a new excuse with which to mask their failings.

However the thing that astounds me the most is that these same protesters will vote into power the same henchmen all over again. They’ve done it before. There’s some pretty screwed up psychology involved here.

Or maybe they’ll astound me yet again, and do the right thing this time around. One can live with hope.

This just in. While a government official was being interviewed on State Television about the poor state of the roads, an accident is captured on camera. You just can’t make this shit up.

Just when I thought that I was done with politics for the week, things start getting interesting again…

The Reverend Barney Pityana, a former leader in the Black Consciousness Movement with Steve Biko, has called for President Jacob Zuma to resign in an open letter. Pityana who presided over the South African Human Rights Commission between 1995 and 2001, wrote at great length:

I write this letter with a simple request: that you resign from all public office, especially that of President and Head of State of the Republic of South Africa.

I am, of course, aware that you have been re-elected President of the African National Congress, the majority party in our National Assembly. I am also aware that, in terms of our electoral system, that allows the ANC to present you as a candidate to the National Assembly and use their majority therein to put you in office, without much ado. It would also appear that by its recent vote the African National Congress has expressed confidence in your leadership. You can then understand that I am taking an extraordinary step, and I can assure you one that has been carefully considered, in asking for your resignation.

Our country is in shambles, and the quality of life of millions of ordinary South Africans is deteriorating. Confidence in our country, and its economic and political system, is at an all-time low. There is reason to believe that ordinary South Africans have no trust in your integrity as a leader, or in your ability to lead and guide a modern constitutional democracy that we aspire to become. That, notwithstanding the fact that our Constitution puts very minimal requirements for qualification as a public representative including the highly esteemed office of President and Head of State, and Head of the Executive. What is clear, at the very least, is that the President must have the means and the inclination to promote and defend the Constitution, and uphold the well being of all South Africans. I have reason to believe that, notwithstanding the confidence that your party has placed on you, you have demonstrated that you no longer qualify for this high office on any of the counts stated above…

The immediate question in my mind is whether Zuma’s resignation will be enough to arrest the slide this country is currently in? I think not. The rot does not stop with him. It is so deep and pervasive, that a simple excision may not be enough.

The proper thing would be for the entire cabinet to resign en-masse. With the exception of a handful of Ministers and Deputy Ministers, this cabinet is without question one of the most incompetent we have ever had, and I include apartheid era bureaucrats as well. Coupled with incompetence, this administration has been embroiled in far too many scandals involving corruption, cronyism, disdain for the electorate, and gross arrogance.

I believe that there are still enough people of good moral fibre and competence left in this organization to take over the reigns. Oh yes, their will be turmoil for a while, but we as citizens need to bite the bullet for a short while, in the quest for a better country – one that was promised us by Nelson Mandela, who we honour this week after his sad passing away. 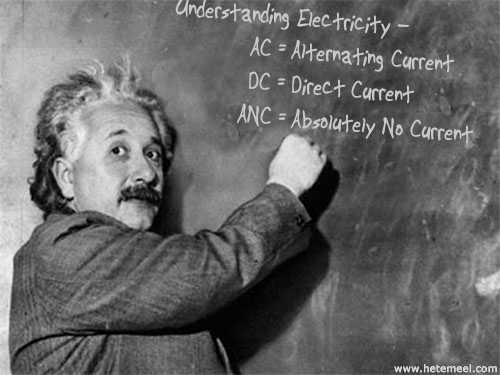 The ANC’s ability to stumble to new lows of depravity never ceases to amaze me. We watch and listen helplessly as on a daily basis they either blatantly deny their acts of corruption, nepotism and gross incompetence, excuse them by drawing out the race card or blaming their failings on apartheid.

This week Public Service and Administration Minister Lindiwe Sisulu announced that they will be establishing their “own government school in order to improve skills, ethics and professionalism in the public sector.” As reported in this online website:

This school will educate, train, professionalise and develop a highly capable, skilled, socially and committed public service cadreship with a sense of national duty and a common culture and ethos.

Note her own use of the term “cadreship.” If this is not an open admission that the ruling government deploys their own ANC cronies to cram public service positions, I don’t know what is. It is also a further admission that the cadres they have already deployed into key public administrative posts, have failed and require the skills which they have identified, and which they have previously denied not having.

While we have established and reputable institutes that produce trained (theoretically at least) people of all race groups, not to mention already skilled and experienced people from the business sector, the ANC will not recruit them, simply because they are intent on acquiring “yes men” who will toe the Party line first. To the ANC, service delivery has always been of secondary importance. The Party comes first.

And so now the taxpayer will have to foot the bill for this unnecessary extravagance in support of ongoing cronyism.

One can only hope that the pass mark for these cadres will not be 30%, as is the current norm in our ANC designed education system.

As soon as I caught a glimpse of this news piece, I nearly bust a gut laughing:

Former Haitian dictator Jean-Claude “Baby Doc” Duvalier laughed at the notion he was a tyrant and claimed in a television interview on Tuesday that he had introduced democracy to his troubled homeland.

“I was the first person to start a process as such in Haiti, a democratic process, it was me who started it,” Duvalier said in an interview conducted by Alicia Ortega and broadcast by the Spanish-language Univision network.

Yes, you started it all right – your country’s slide into decay.

This lunatic’s delusions about democracy may actually be catching: the African Union (AU) has a really crackpot idea about what peace means .  They have called for Sudan’s tyrant-in-chief al-Bashir, to be exempted from prosecution by the Haig for crimes against humanity because he apparently played a role in sustaining peace and allowing a referendum to take place, as if that was something extraordinary for a leader to be doing. Pretty soon all tyrants will be claiming indemnity for such piffling considerations.

Whatever next? The ANC claiming that this sick system of nepotism, kleptomania and deceit we have in South Africa is a democracy too!