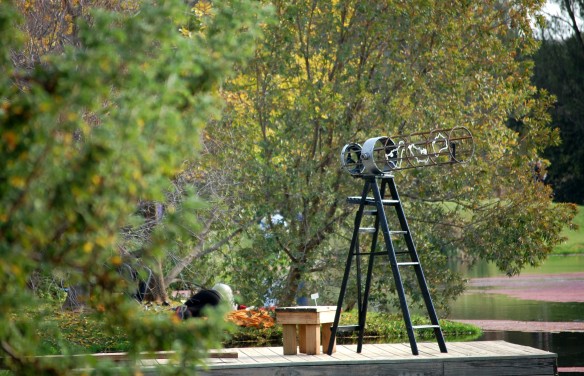 I shot this a couple of weeks ago at the Winter Sculpture and Wine Fair at the Cradle of Humankind. I also shot a fair bit of wine. Which is probably why the “being” lying on the ground behind the sculpture appears to look like an ET… calling home.

Be that as it may, it made me think of this Blink 182 song which I haven’t heard in a while. Hope you like it. 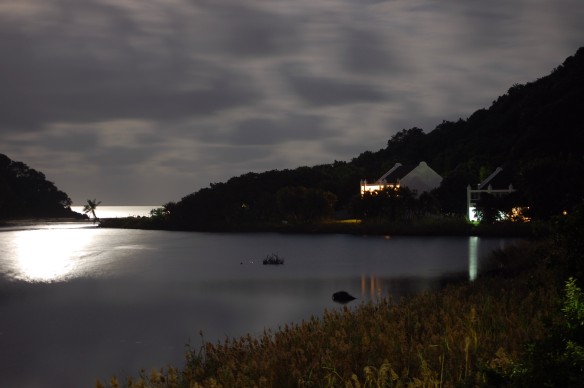 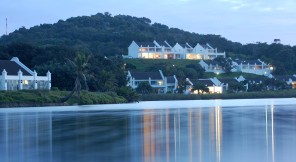 It’s still Autumn here, but today I felt the chill of winter approaching. After a heavy downpour, I took a rare stroll through the garden…

… okay, I was just having a smoke and felt like a walkabout… and was pleasantly surprised. How did I miss these beauties before? Had to go back inside to get the camera. 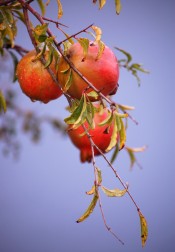 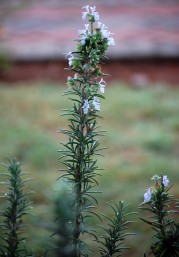 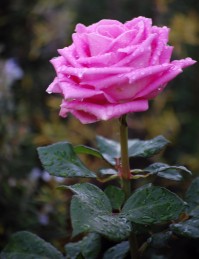 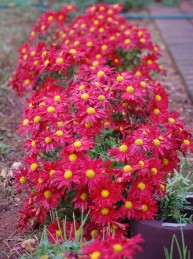 These fellas though, almost appear to be defying Winter. Wonder how long they’ll hold out? Seems like I’ll have to take more strolls through the garden and keep an eye on them. Hope they won’t mind the ciggies.

I caught these industrious little fellas with my point-and-shoot building nests over the weekend at a game farm. I had to photograph some animal life, since we had foregone the opportunity to go on a game drive, being a trifle hung over from the previous night’s rock concert. 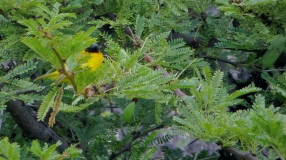 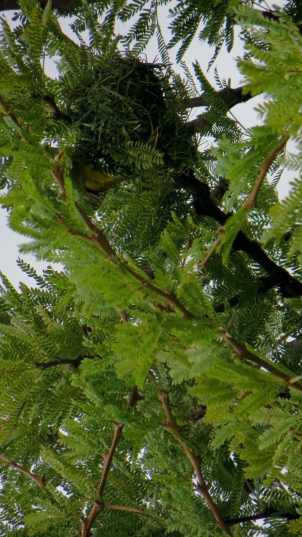 Don’t ask me what species these are; I’m no ornithologist. If anyone recognizes them, please let me know.

The pomegranate tree in the garden is starting to bloom. It’s actually been sprouting little buds for a few weeks already, but I keep forgetting to take a photograph. Finally got it last week.

Pomegranate just sounds so weird for the name of a fruit; I think I much prefer the Italian name melograno which rolls more sweetly of the tongue. The name derives from medieval Latin – pōmum which is “apple” and grānātum or “seeded”.

The pomegranate is thought to have originated in the region between Egypt and The Himalayas. It is now grown in most parts of the world. Kandahar in Afghanistan which has latterly become infamous for the death and destruction wreaked by the Taliban, is famous for its high quality pomegranate crop (also infamous for the opium poppy).

Pomegranate seeds have a variety of uses, but I’ve used them occasionally to make my Tequila shots more pleasant ala Jamie Oliver style.

Since I was hosting a couple of swell gals on this trip to the Kruger National Park and doing all the driving, I have been rather lax in snapping pictures. This is all I have.

I’m not sure if this is the same fella who was loping around right outside my chalet on my visit last year, but he might as well be because it’s damn near impossible to tell them apart. I have in the past mistaken this species for an iguana, but from the brief research I’ve conducted, looks like a monitor lizard. I’d be grateful if anyone could set me straight.

I haven’t snapped bush pigs before. Incidentally, I’ve always thought that bush pigs were otherwise known as warthogs, but they are definitely not as I now know that warthogs run with their tails up. 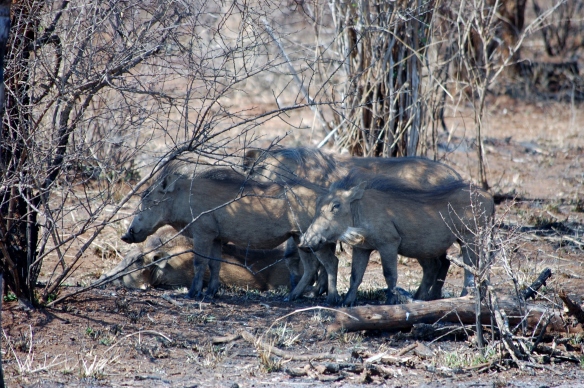 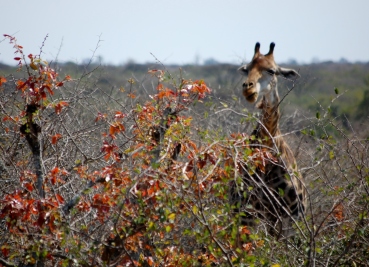 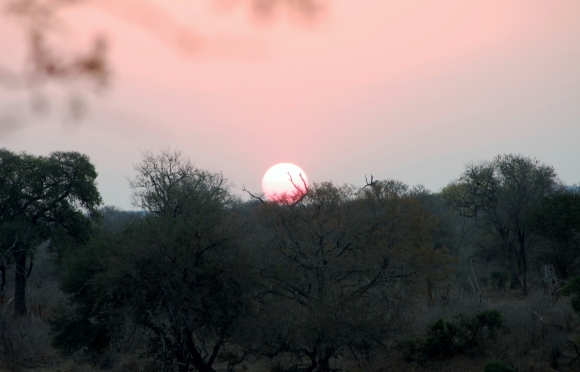 Sun setting over the Kruger National Park. Shot from the viewing deck across the Crocodile River at Ngwenya Lodge, Marloth Park near Komatipoort.

While standing on the balcony of friends’ flat this weekend on a trip to the coastal Kwa-Zulu Natal town of Illovo, I spotted these beautiful bulbous flowers. They appeared to be growing on some sort of vine creeping up a tall tree alongside his townhouse flat.

I tried searching the internet, but have not been able to identify it. I have no idea what type of tree it is either. Anyone with answers?

With Mozambique behind us, it was time to return to Johannesburg, but not before a little detour to the majestic Kruger National Park (KNP).

On all my previous excursions into the KNP which, I was very lucky to spot the famous Big Five – Lion, Elephant, Buffalo, Leopard and Rhinoceros. This turn of luck is no doubt aided by the fact that the bush is still fairly dry at this time of year, which makes animal spotting easier. Going into Summer, the African bush is more lush and dense, and animals are not exactly keen to show themselves, preferring to laze in the shade.

This time however, I not only did not sight any Leopards, the solitary Lion, Buffalo and Rhino I did glimpse, were hard to photograph. And it was overcast overhead.

However, antelope, deer and various types of buck are plentiful in the Park and quite easy to spot.. Giraffe are also in abundance…

See how tall I am…

While having lunch on the viewing deck of a restaurant at Lower Sabie Rest Camp, we were besieged by multi-coloured birds vying to get at any scraps that may be left. This one sat patiently within view of my table. 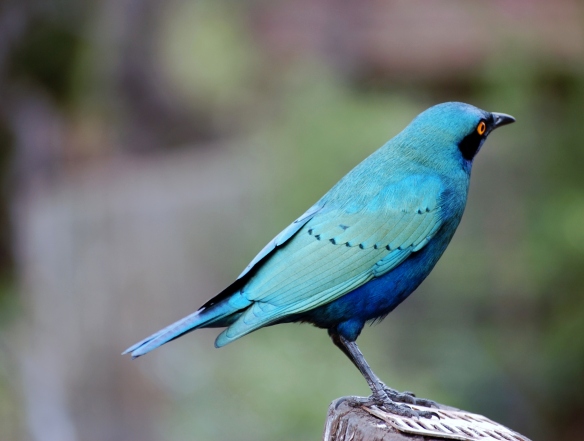 The lion may be king of the jungle, but out here nobody messes with the mighty elephant. We were forced on more than one occasion to back up our cars as a troop of elephants came along. The parents are especially protective over the young, and would not hesitate to pulverize anything they perceive as a danger to the calves. 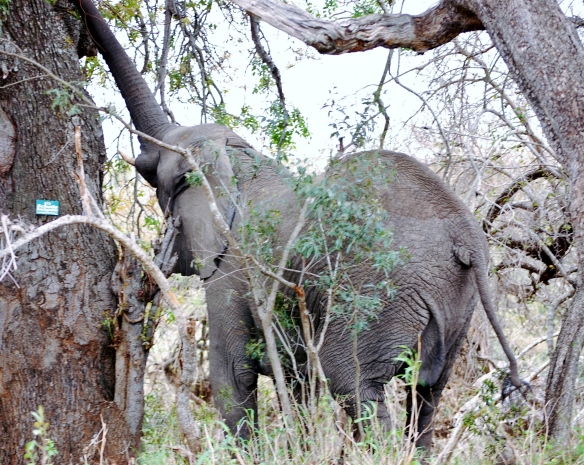 Mighty king of the Park

And so ended another memorable road trip…