I used to love roller skating in high school; haven’t done it for years.

I tried ice skating about a year ago and realised, I’m really out of practice. But I can still totally do it. Recently I was thinking about getting another bicycle to ride around a park on weekends…

But this looks like a more fun option, even for a guy my age. Meet the AeYO.

Now where do I get my hands on one?

It’s time to take a mid-year break and so I’m off to the coast again. First stop this year is the Durban July Handicap at Greyville Racecourse. The Durban July is South Africa’s premier thoroughbred horseracing event and has been held in the first week of July since 1897.

I haven’t been to a racecourse in over ten years, so I’m really looking forward to this one. Off course horseflesh is not the only thing that will be on show. The Durban July is famous for its over the top apparel and other divine err… attractions.

Horseracing used to be a big thing at one point in my life, but that was a long time ago. Being a skeptic now, gambling doesn’t feature in my list of pastimes. I’ve placed the odd bet on horses over the years, and haven’t won a cent since I stopped gambling. I’m just keen to soak up the atmosphere at a great sporting event, and place an odd bet just for laughs. 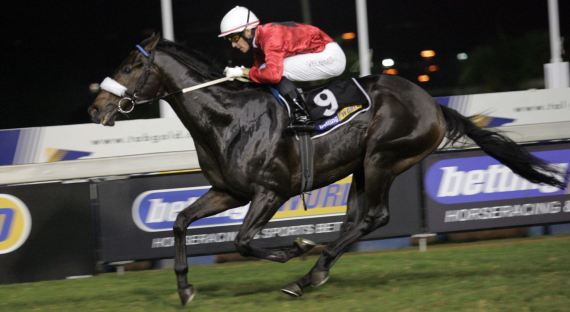 My money’s (not much) on Jet Explorer, a snazzy 4-year gelding which is being ridden by champion jockey Anthony Delpech. Delpech has won four previous July’s and if he does it again, will the only jockey to have won five times.

Hopefully I’ll get my two-week break off to a winning start.

I know it’s a cheap shot blaming just Arsene Wenger for Arsenal’s woes. There’s probably more to their decline than just him.

I’m sick to death of hearing about how the team has heart, and mental fortitude… when they manage to scrape the odd win. If they had real heart, they would be winning more games, not by the skin of their teeth, but by impressive margins. Sadly the impressive margins come far too seldom; the shattering losses far too often.

This team is on its way to becoming just another mid-team side. The fans, so used to the high quality and standards will not tolerate this slide for long. It’s time for Wenger to acquire players with real heart, with real mental and physical toughness. These nancy boys who are just interested in picking up a paycheck will simply not do.

The alternative off course is for the Arsenal Football Club to withdraw from the EPL and concentrate on being a training academy. Because that’s what they do best at present. The fans want to see winners, not profitable stars-in-the-making.

As much as it pains me to say this, the Arsenal I love are a bunch of Nancy-boys.

They have no guts, no determination to give more than required, no pluck to lay their bodies on the line to get that goal. They even look like the least intimidating team in the whole Premier League. Pansies, all of them!

All they’re good for is passing the ball around, making pretty patterns on the football field, in their  well-coiffured hairdo’s and fancy socks and shirts. As pansies are want to do. They seem to only get penalised for being stupid, rather than for making hard tackles.

When someone gets injured, they usually wind up spending most of the season recovering on the sidelines, probably while getting pampered the whole time. Like pansies.

Is it any wonder those players with some sort of ambition, up and leave for clubs that want to be winners. Sure, they go for the money too. But I’ll bet you lot could get more pay, if you actually started winning something. Seven years, we’ve been watching you preening yourselves…

Grow some balls, you bunch of pansy losers. 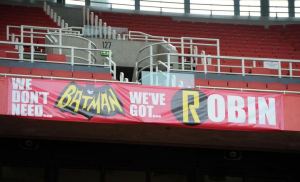 I think the consensus of opinion is that 10-man Chelsea played perhaps the best game of the year against Barcelona last night, in the Champions League semi-final. And the win by Chelsea against great odds was definitely well deserved.

Would an Arsenal team forced to play Barcelona under the same circumstances as Chelsea have done as well? I think the consensus of opinion would be that they would have capitulated quite easily. But perhaps the same opinionated people would have to concede that Arsenal is a superior team to Chelsea in several areas.

But not in the one that mattered the most last night.

Chelsea could teach Arsenal a thing or three about defending resolutely. And about hanging on, no matter what. Arsenal have the class of Barcelona, but without the tenacity and sheer will to win against great odds, the physical and mental toughness, they are not going to become giant killers like Chelsea or consistent winners like Barcelona.

Arsenal have however got probably the best manager in the business in Wenger, and a crop of promising players that have the potential. But will that potential mature in time for next season?

There is none! It’s that simple.

The defensive is a shambles. It’s like watching a bunch of headless chickens running around, stumbling into each other and falling over. And oh, how painful it is to hold one’s head in horror, watching the comedy of errors at the back, week after week.

The regular injuries to the players at the back point to a clear lack of training and focus in that area. Either that, or Wenger has spent a lot of money on clearly incompetent players.

Even Vermaelen, who everyone hailed as the saviour for Arsenal in defense, makes far too many mistakes. Perhaps that’s in large part due to the hopeless team-mates he has at the back. And even though Szczesny is constantly improving in goal, he is still far from the sort of confident take-charge person that is required in this position.

And let’s not even waste time discussing Johan Djourou. He does not belong in any position in any football team, let alone in the Arsenal defense.

Arsenal’s defense does not strike fear into any advancing opposition. In fact, every team in the league must surely be licking their lips in glee, knowing that scoring against the current Arsenal team, is liking taking candy from kids.

What’s changed? Has the pursuit of profits taken precedence over the brilliant football that Arsenal were legendary for?

And will the fans stick around in the future to find out?