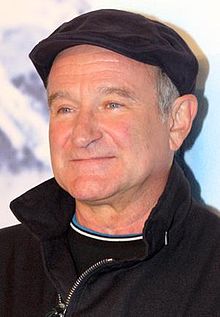 A legend exits the world stage…

I took this a few weeks ago, before my gallbladder operation and forgot all about it. Yeah, I know. You can plainly see how much pain I was in.

But that’s going to be my last selfie too. These things are just plain stupid.

Another slow day, but here’s a short something that… well… makes me happy.

I’ve been reading some of the responses to the Evolution-Creation debate between Bill Nye and Ken Ham, but the most interesting one comes from the least likely source.

Pat Robertson is well-known for saying the most absurd things while marketing conservative Christianity, but his response to Ken Ham after the debate, is probably the sanest thing he’s ever let slip through that bigoted pie-hole.

Let’s be real, let’s not make a joke of ourselves.

I’m flabbergasted Pat but it would be absolutely stunning if you’d reconsider those other peculiar views you hold about perfectly natural human tendencies… and abandon creationism entirely. There’s just no sense in going half-way.

However, not everyone is as enlightened (relatively) as Pat concerning the creation myth. Some, if not all of these messages collated after the debate by BuzzFeed is mind-numbingly ignorant. Take this one for example:

How do you explain a sunset if their is no God.

And no I’m not even referring to the spelling…

Just finished watching a marathon debate on YouTube between Ken Ham and Bill Nye held yesterday at a peculiar venue known as the Creation Museum in Kentucky.

For those of you who don’t know, Bill Nye also known as the Science Guy is the CEO of The Planetary Society and award-winning science educator, while Ken Ham is the President of Answers in Genesis, a Christian apologetics ministry, that runs that peculiar museum in Kentucky.

I’ll leave it up to you to decide who’s more credible, although it must be said that the veracity of the Evolution – Creation debate does not depend on the integrity of any one person. No, no, no, it’s all in the science.

In the last month of every year, people look forward to a better year. It’s not exactly sane, not to.

When the first month of the new year comes to an end, one should take stock of what’s happened because invariably it portends what’s to come. Now, I’m well aware that sounds rather pessimistic, and without doubt a lot of good things will happen. But it’s rather necessary to expose the bad (or worse) to come.

Around the world in January alone, homophobia is on the increase, the scourge of rape persists, religious bigotry and fundamentalism seems to be enjoying a rebirth, murder and robbery continues unabated, racial intolerance and hatred just wont die out, hunger and disease persist in spite of monumental scientific advances, ignorance continues to be worn like a cloak of honour, civil unrest and full-scale wars go on with no end in sight, ethnic cleansing lingers on, kidnappings and piracy makes travel unsafe, insane suicide bombings being made out as heroic, and finally politicians degenerating into dirtier scumbags, if that’s at all possible. And I’m pretty sure you could add a few more things besides.

I will desist from listing specific instances of the above occurrences, but I’m sure Google will tell a fairly sorry tale. I’ve always hoped that as a species we’d evolve to become better people. Surely that’s how it’s supposed to be. But it seems that far too many are hell-bent on becoming uncivilized.

Off course, there’s all the good people…

And so it would be patently remiss of me not to thank all those many people who have shed their religious, social, cultural and political baggage and phobias, who really do strive to become better people, and who ultimately make the world a better place in whatever way possible.

J.J. Cale passed away at the age of 74 at the start of this past weekend (26 July 2013), but I wanted to first find a fitting video to post before paying tribute to the songwriting legend.

And here it is, a set from 1979 recorded at Paradise Studios in Los Angeles:

Cale never sang a hit song himself, but wrote some of the most memorable songs which other great artists such as Eric Clapton, Jerry Garcia and Lynyrd Skynyrd covered successfully. Who can forget After Midnight and Cocaine? He was an accomplished instrumentalist, the guitar being his weapon of choice.

It’s said that Neil Young once remarked that the two best electric guitarists he’d ever heard were Jimi Hendrix and Cale. Absolutely!

Pluck in peace, Master Cale, we will miss you.

It’s like a breath of fresh air when a person is not defensive about his religious beliefs. Prevailing congregants could seriously benefit from Episcopalian bishop John Shelby Spong’s views on religion, but he is unfortunately now retired.

People don’t need to be born again, they need to grow up. – John Shelby Spong

Spong postulated 12 theses for the reformation of Christianity specifically, but these have unfortunately, but not unsurprisingly been widely criticized:

Now if that’s not reasonable, I don’t know what is. And if religion must needs prevail, Spongism is the way to go…

Spending the long weekend with close family made me realise how much I miss being around them.

I used to think that working and living hundreds of miles away from family was a good thing. Observing other families over the years bickering, fighting and trying their damnedest to wreak havoc on one another’s lives, I thought I was lucky to be isolated from my own. It’s strange how we tend to colour our own lives an unflattering shade by observing others.

However, my infrequent visits over the years did bring me closer to my own family and created very close bonds with them. So in a way it was perhaps a good thing.

I’ve been pretty lucky to have a great bunch of friends – friends who have been my family away from family. And for this, I’ll be eternally grateful.

Either way, I feel the time is right to drop everything and go back home…

It’s not often that men of the cloth admit to the follies of the Church and religious scripture. But when such a man does speak out against the crass wrongs perpetrated on society by the religious or political establishment, he deserves praise, not condemnation.

So you can imagine my consternation at reading this disgusting letter by one Thamsanqa Enoch Bam in an online publication, in response to Archbishop Desmond Tutu who spoke out against the vile and draconian anti-gay bill being proposed in Uganda. Tutu earned the ire of Bam by likening the hateful legislation to South Africa’s apartheid laws.

Bam, who also proclaims himself as the President of the People’s Party (a recent addition to the absurdly long list of insignificant South African political parties), asserts that the Archbishop was “going against” God’s Laws by condoning homosexuality. His conviction, unsurprisingly comes from the bible and is backed up by the quotation of a few hand-picked scriptures which I won’t repeat, such is my revulsion.

Is there a more revolting blend than a politician and a religionist?

Bam asks how the Archbishop could miss such clear scripture [referring to the revolting quotations I earlier sidestepped like a pile of steaming horeshit]. Off course, we would not be allowed the courtesy of asking how this cretin [Bam, and others of his ilk] misses with unerring conviction, all the other contradictory and hateful biblical scriptures that don’t confirm his/their prejudices.

This letter in the Times Live appears to be an extract from a lengthier blog he wrote, which also condemns gay marriage, and confoundingly professes support for the dreadful ANC [ruling party], if they “made an about turn and ended their duplicity, corruption, mismanagement and disregard of the poor masses.” And to add further insult, he concludes that the ANC’s manifest incompetence would be solved if the “country goes back to God.”

And like all fundamentalists he is off course intimate with God’s will:

As a Christian, I pray that gays and lesbians will eventually see their folly, repent, and turn away from their abominations. That is the will of God.

What a slimeball? The will of this atheist is that you change the name of your political party to Asshole’s Party, because you will never represent the people, just bigoted assholes like yourself.