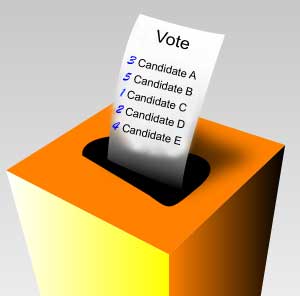 The first time I voted in an election, was back in 1994, generally regarded as South Africa’s first truly democratic elections. That was also the last time I voted.

It was a euphoric moment and my expectations were high; maybe too high. Soon thereafter I came to really know the vile creature known commonly as a politician. The ANC who were voted into power by a substantial margin, wasted no time in mutating into that which they had fought against, that which we who were disenfranchised, had all grown to despise.

I watched in despair and anger over the years as the politicians lied, cheated, deceived, stole, cajoled, pledged, broke their promises and then lied, cheated, deceived, stole, cajoled and pledged some more. Poor Democracy! He was getting it up the rear in equal measure to Lady Justice who was constantly being raped. As the politicians cheered this sodomy and rape of our constitutional and justice systems respectively, their proselytes and beneficiaries licked their lips in glee, while the majority of the people wrapped themselves tighter in ignorance, or just did not give a shit.

However, recent events around the continent where despots were being hounded out of office, and the current demonstrations in Egypt, against a resolute scumbag in office, have compelled me to review my decision. I have decided to look at the voting process philosophically, rather than with anger. Instead of viewing my vote as FOR a political party, I now view it as AGAINST a particular party; the incumbent ruling party which has been the source of my disdain.

I now realise that it is imperative to send a loud and clear message to these cretins that we’ve had enough. We may not be able to dislodge them entirely, but at least we could weaken them somewhat.

I now realise that this is much better than the alternative – rioting and demonstrating in the streets of South Africa 10 years from now, to force them out.